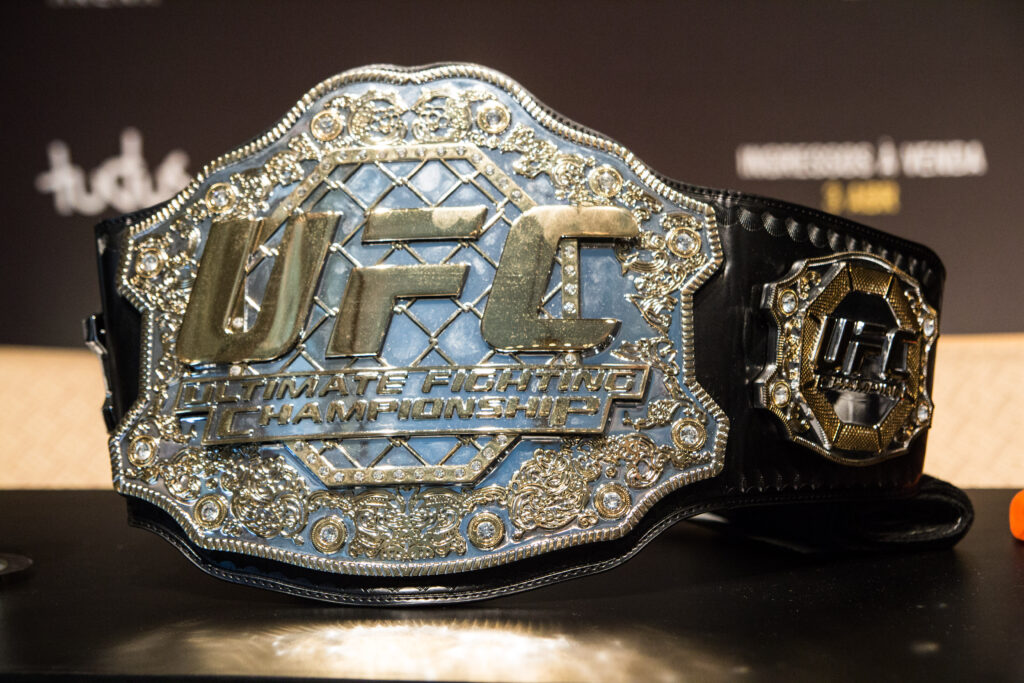 Imagine if football had a 50 point touchdown option.  No matter the score (unless you’re the Lions) there would almost always be a chance you could win.  Even blowouts would be thrilling since there’s still hope to win, let alone cover. If that kind of variance sounds interesting (and/or terrifying), this beginners guide to UFC betting is everything you need to get started.

Before we get into the strategies and advantages of betting on UFC, it’s vital to understand the rules.  Even if you know the sport, if you plan on betting on it, you better triple check you know the rules inside and out.  Also, for the record, this article will talk specifically so the reader should note there may be differences in the rules/weight classes of other leagues like Bellator or One FC.

The Ultra Basics of Betting UFC

Most fights consist of three, five minute rounds.  Until recently only championship fights were five, five minute rounds.  As of 2020, any main event on a fight card  is five rounds of five minute and even sometimes random fights prior to the main event.  This is important to note for bettors and largely swings based on the whims of UFC’s biggest promoter, match maker, and all around bossman, Dana White.

UFC is a combat sport with comparably few rules to boxing.  This lawlessness is part of its charm and very much part of it’s brutality.  The basic rules:

Other than that though, pretty much everything else is game.

How To Win A UFC Fight

A fighter can win in one of three ways:

Just to reiterate, this is a brief overview of the sport and rules.  There are many nuances and trivialities you could nitpick but that’s not the main thrust of this article.  The goal here is to provide a brief overview so we can talk UFC betting.

The State of UFC

No sport in recent memory has had the meteoric rise in popularity like the UFC in recent years.  Though many have criticisms of Dana White’s business practices, no one can deny his dogged determination to keep UFC humming throughout the pandemic reaped tremendous rewards for the company, sport popularity, and the fighters themselves.  White deserves tremendous credit for growing what many saw as a grotesque sideshow into a sport at the top of the list for Olympic consideration.

The Challenges to Betting UFC 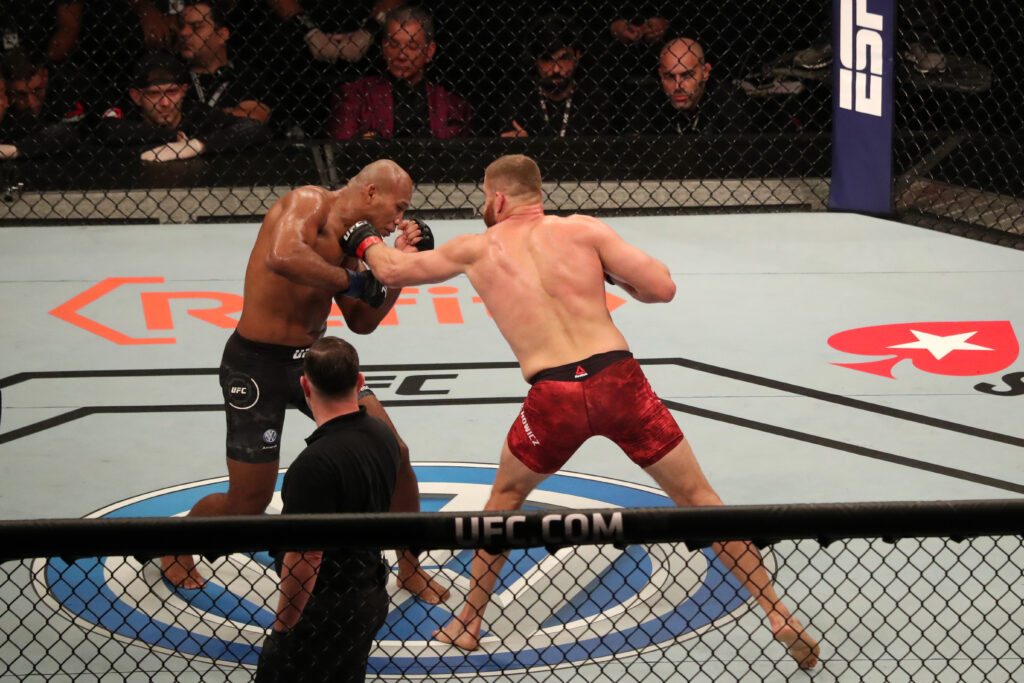 Like it’s combat sport brethren, the UFC presents a few unique challenges.  If you’re a bottom up or originator type better, one challenge is the amount of data and how quickly that data becomes stale.  Unlike baseball, basketball or even football, fights do not happen weekly between fighters.  For example, Kevin Holland, recently tied the record for most fights in a calendar year.  That record? 5.  Five data points in a calendar year is not a lot to build off.  And that was a record! Most fighters fight on average ~3 times a year often with layoffs in the range of 3 months or more.

One potential boon to that lack of data is UFC’s deal with ESPN.  In 2019, UFC signed a five-year $150 million deal with the worldwide leader. With that deal came an explosion of events and a demand for more fights.  In 2018 (one year before the ESPN deal) UFC had 40 total events.  In 2021, amidst a raging pandemic that cancelled a number of scheduled fight cards, UFC still managed to improve their 2018 output by 10% and that’s not including the “Dana White’s Contender Series” TV show which also provide betting markets.

Another advantage for bettors in UFC is that there is no season.  UFC offers betting opportunities virtually every weekend with no off season.  Dana and company show absolutely no signs of slowing down in the years to come and with the emphasis ESPN has shown towards expanding its digital products it’s safe to assume UFC will continue to expand alongside.

The Changing Tactical Landscape of UFC

Despite UFC’s growing influence in the mainstream sporting consciousness, it’s important to remember that UFC (relative to other sports) is still an incredibly young sport.  Think about the explosion of fourth down aggression as a tactic in the NFL this season.  Now imagine that kind of tactical revolution occurring nearly monthly and you have the UFC landscape.  At the beginning, fighters like Royce (pronounced Hoyce) Gracie dominated far bigger opponents with his Jiu Jitsu. In those early days, great Jiu Jitsu was the weapon most associated with a winner.

In the early 2000’s the wrestling/striking combos of Kevin Randleman and Randy Couture gave way to long title runs by stand up Striking specialists like George St. Pierre and Anderson Silva.Jose Aldo and Conor McGregor ended the era of a striker and gave way to more wrestling dominating fighters like Daniel Cormier and Khabib Nurmagomehdov.

In full disclosure; we’re vastly overgeneralizing, skipping a few champions and bouncing between weight classes to illustrate a simple point: tactics and strategy are incredibly fluid in this young sport.  And to cite an old fighting cliche, “styles make fights.”  As young as MMA and the UFC is, one concept is time-tested: no one style dominates the rest.  So being ahead of the curve and adapting accordingly can reap massive rewards.

Betting the UFC isn’t too dissimilar from betting other sports.  There’s no spread but you have your classic moneyline, over/under and various alt/prop markets.

The Big Ones: Moneyline and Over/Under 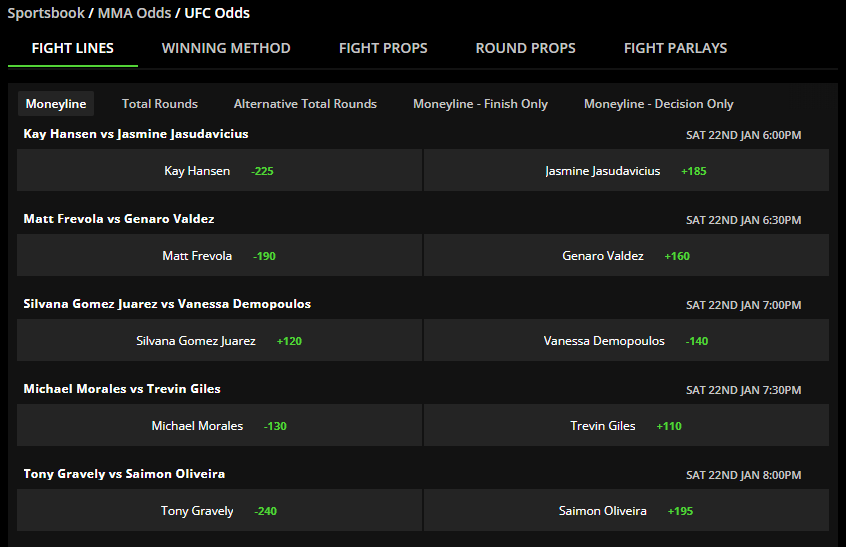 For me, UFC moneylines are some of the best values in all of sports.  As you might expect this is simply who wins the fight.  Decision, KO/TKO, Submission: anyway anyhow counts.  Draws are very rare. A two-way moneyline bet pushes in the event of a draw.

So what accounts for all the value?  Same thing that creates value in any bet: discerning signal from noise amidst massive uncertainty.  Odds for UFC events are outrageously hard to accurately price.  All the challenges of handicapping fights we mentioned above apply to sportsbooks as well.  Not only do fighters endure grueling multi-week weight cuts, undisclosed injuries and worldwide travel; but they also have to fight another human being by themselves.

In a team sport one player going down will certainly affect odds but rarely radically flip probabilities.  One wrong step can result in an injury and a massive upset win.  And, oh by the way, ever heard of a “puncher’s chance?”  Well, in UFC, that exists in a very literal way.  Roll all that into the fact that moneylines regularly reach into the +300’s you have an opportunity for serious profits.

Most sportsbooks offer Over/Unders in UFC fights.  Your typical Over/Under in a three round fight is 2.5 but starts to shrink as the weight classes start going up.  The big difference is that the “half” actually counts.  2.5 isn’t just “over 2 rounds.”  It’s quite literally the 2:30 mark of the third round.  In addition, you’ll also find “Inside Distance” (ITD) or “Fight Goes the Distance” (FGD) which are basically the concept as Over/Under but for the full fight.

The Unabated Hold Calculator can help you determine the amount of theoretical hold applied to each type of wager. Lower theoretical hold gives you better value and a “puncher’s chance” to win.

If you’re more of a long shot kind of bettor and +200 doesn’t do it for you, the UFC has plenty of long shot prop bets to satisfy you. 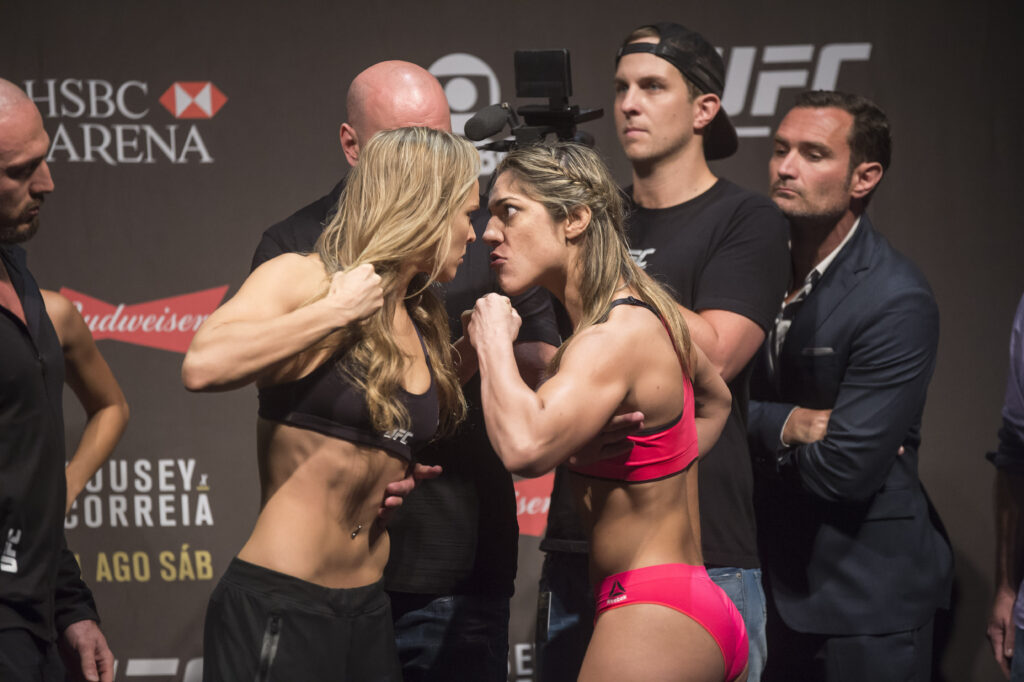 “Method of victory” is a bet on the way in which either fighter wins.  As mentioned above, your options are KO/TKO/DQ, Decision, Submission.  For this type of bet the round doesn’t matter.  In most weight classes, Decision is the most likely outcome, followed by KO/TKO, then Submission. The outcome with the largest swing from weight class to weight class is KO/TKO.  Men’s Heavyweights have more KO’s than Women’s Strawweight.  But the spread is pretty significant: 52% of fights end in a KO/TKO whereas in Women’s in Women’s Strawweight only 15% of fights end in KO/TKO.

“Round of Victory,” as you might imagine, is what round the fight ends in.  This excludes Decisions as they come after the fight but picking which round a fight ends is incredibly lucrative.  KO/TKO’s tend to happen earlier in fights when fighters aren’t utterly exhausted.  So Heavyweight fights tend to end in the first round or two.  Why mention the method of victory if we’re talking about round of victory bets?  Well…

As you can see, UFC offers a lot of advantages and disadvantages.  I’ve yet to see it featured on Scott Van Pelt’s Bad Beats but if you plan on betting UFC you’ll experience plenty of them.  The first time you watch your fighter dominate a fight from start to finish only to make one mistake and be knocked out cold, you’ll know.  Uncertainty offers a lot of opportunity to find edge and discern signal from noise, but if you’ve bet for any amount of time you know variance can be your enemy as often as it is your friend.  Considering its growth and relatively small market UFC offers a tremendous opportunity for new and experienced bettors alike.