How To Approach Tennis Betting - A Beginner's Guide 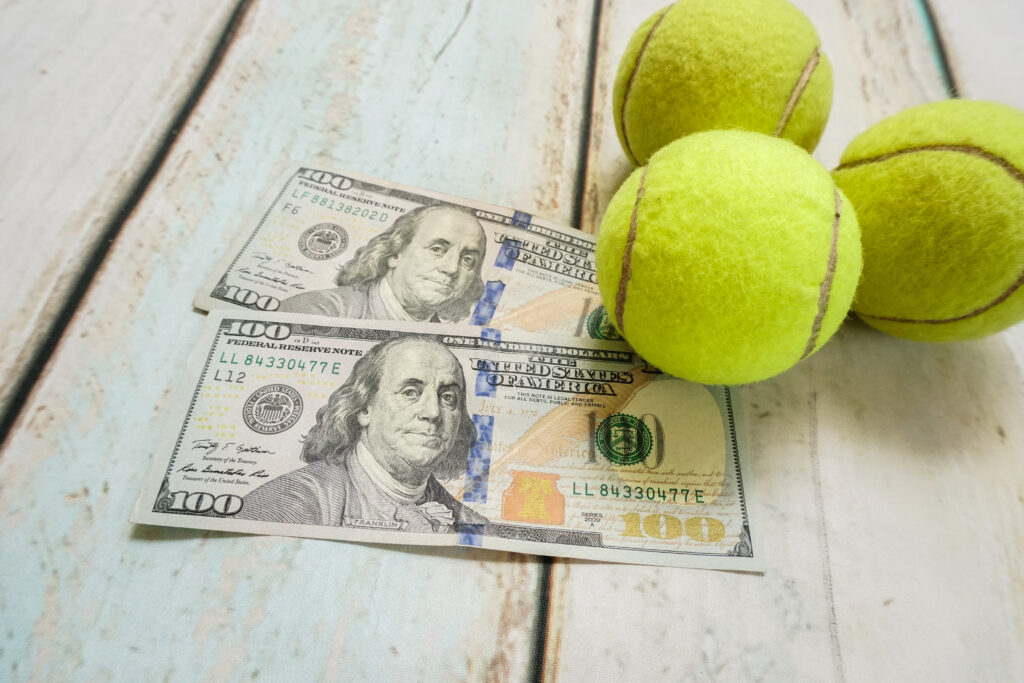 A lot of bettors in the US would be surprised to hear that tennis is one of the most popular sports to bet on worldwide. Tennis betting popularity may not have fully acclimated itself into the US legalized landscape yet, but that doesn’t mean the incoming wave isn’t on its way.

Behind soccer and football, tennis also offers some of the largest limits on their lines. That can be both good and bad. On one hand, you won’t face as many betting limitations as you evolve as a tennis bettor. On the other hand, since the sport is so popular, it is accompanied by liquidity in the market leading to more accurate betting lines.

How Do You Bet on Tennis?

There are three popular ways to bet on tennis: the moneyline, the game or set spread, or the over/under totals. Many sportsbooks also have expanded tennis betting markets to include futures bets, live betting, individual player props, and match-up props. This article will discuss the details and potential advantages of all of these options.

Betting The Moneyline In Tennis

The is the most simplistic and common way to bet on tennis is the moneyline bet. You bet on which player will win a given match. It doesn’t matter how quickly or convincingly they win; all they have to do is beat their opponent for you to cash your ticket. That sounds easy enough, right?

The sportsbook will compile a number of different factors to appropriately price how often they believe one player will beat his or her opponent in a match. Derived from that exercise is the moneyline associated with each player.

If the sportsbook makes Serena Williams a -130 favorite over her sister Venus (+110), you would have to pay $130 to win $100 if she is able to beat her. However, if you think Venus can pull the upset on her younger sister, you could risk $100 to win $110. In this scenario, Serena has a 56.5% implied chance of winning, while Venus has a 52.4% implied chance. For a primer on why these two numbers add up to more than 100%, check out our hold calculator. If you noticed that, you’re already ahead of the game.

What makes betting the moneyline in tennis difficult is that the odds are not always that close together. Oftentimes in the first few rounds of tournaments, you’ll see the likes of Rafael Nadal or Roger Federer close at -3000 or longer favorites, meaning you’ll have to risk a lot to win a little. Although major upsets do happen, they are few and far between, but can lead to a great pay out when you are able to find a mispriced underdog.

Tennis Against The Spread

“The Great Equalizer” as the spread can sometimes be referred to doesn’t just exist in football, it can also be found in tennis matches.

You can potentially run into some of the same problems with set spreads as you do money lines, as large favorites can still come along with a hefty lay price. With more evenly balanced matchups, you’ll find the underdog becomes a larger favorite to cover the set spread since the match is expected to be close to begin with. Let’s take a look at two real life examples of what the moneylines and correlated set spreads can look like.

This is where intricacies come into play. While matches are played to a best of three or five sets, each set is played to six games. The kicker here is that in order to win the set, you have to win by two games. It’s important to note that individual tournaments will have different approaches to handling tiebreakers on the final set and won’t always be a ‘win by two’ format.

The game spread introduces a wider range of possible outcomes and won’t always be a static number like you’ll find with a set spread. Below are the associated game spreads with the same matchups listed above:

Let’s say Simona Halep wins the first two sets of the match by a score of 6-4 and 6-3. That would mean she covered the set spread of -1.5 since she won the match 2 sets to 0. However, she failed to cover the game spread of -5.5 since the final game count was 12 to 7.

The beauty in betting the game spread is that you typically have more flexibility in the number you want to take. Instead of taking +5.5 (-125) above on Varvara Gracheva, you could opt for +4.5 (+140) if you believe she can keep it even closer than the original line. With this, you sacrifice one game on the spread but increase your payout by 65¢.

Much like set and game spreads, you are afforded the option to place bets on set and game totals individually. In taking the over or under, the winner of the match is irrelevant. All you care about is how many total sets and games are played during the match. More evenly balanced match-ups tend to feature higher totals. Below is an example of both set and game totals from the aforementioned Felix Auger and Cameron Norrie match:

If you’re as smart as I believe you are, you’re probably asking yourself “why not take the over 2.5 sets and parlay it with the over 22.5 games?”. Well, if it were that easy, we’d all be on our own private island somewhere. However, that is what the sportsbook would refer to as a correlated parlay, and something they have protocols in place for to prevent you from wagering on. Since one of those bets cashing significantly increases the likelihood of the next bet cashing, they will not allow you to parlay them.

Another popular way of attacking the tennis betting market is by way of futures bets. With futures, you pick the player who you think will win the upcoming tournament. For non-Grand Slam tournaments, the futures markets are typically released within a week or two of when the event will actually take place. However, you’ll find the markets for the four Grand Slam’s (Australian Open, French Open, Wimbledon & US Open) are available year-round. Picking an outright winner provides an opportunity for you to win more while risking less. This is an exciting way to get in on the action.

Since these major markets can be bet into all year, they are at their sharpest and most accurate as you get closer to the tournament itself. This provides you an opportunity to buy low on a player you believe can increase their odds of winning leading up to the event. Perhaps you should think twice on taking the extreme favorite too far in advance, as their odds are less likely to move. Rafael Nadal at +130 doesn’t have as much room to move, compared to Andy Murray priced at +5000 who is more likely to see a larger decrease in odds. Locking in Murray now if you anticipate his odds drop to +3000 provides more value than if Nadal’s drop to +120 in the same time period.

Are Futures Bets Worth It?

A question you may want to ask yourself before placing any futures wager is whether or not it’s worth it for you to tie up that portion of your bankroll for an extended period of time. You should also be cognizant of the implied hold that the books are putting on these outright markets. Since there is less certainty and higher risk exposure on these markets, the books increase the hold to protect themselves. Use the Unabated Hold Calculator to see what the hold is that you’re betting into.

The last thing to mention on futures betting is to shop the line at all of the sportsbooks you have access to. These odds will vary drastically from book to book for each player. For example, at the upcoming Australian Open, Dominic Thiem can be found at +700, +1100 & +800 at three separate books. If you only look at the sportsbook offering +700, you are leaving money on the table. This game is hard enough as it is, don’t make it harder on yourself by not taking the best line.

Live betting has exploded in popularity over the past few years, especially with legalized betting in the US. The possibilities are endless with what you can bet on during an event. Live odds on who wins the match, totals and spreads, even as micro level as betting on who will win the next point. While this can be very exciting and fulfill our cultural desires for instant gratification, there are a couple things you need to know about in-game live betting:

Lastly, these may not be available at every sportsbook. As the popularity of live betting continues to increase, it’d be reasonable to expect most if not all books to offer some sort of live betting option for tennis.

There Are Props Too!

Finally, we couldn’t go this whole time without mentioning the ability to bet on props. Much like live betting, these are likely to have lower betting limits than sides and totals, but provide you with a multitude of options to place your bets. A few of the tennis prop bets you can find at sportsbooks include:

Hopefully, you now have an overview of the types of wagers offered for tennis. It’s time to do some handicapping for the next event. There are plenty of factors to consider when handicapping tennis. Everything from the court surface, play style to a player’s recent form. You can find fellow tennis bettors on the Unabated Sports Betting Discord Community. As always, bet responsibly.