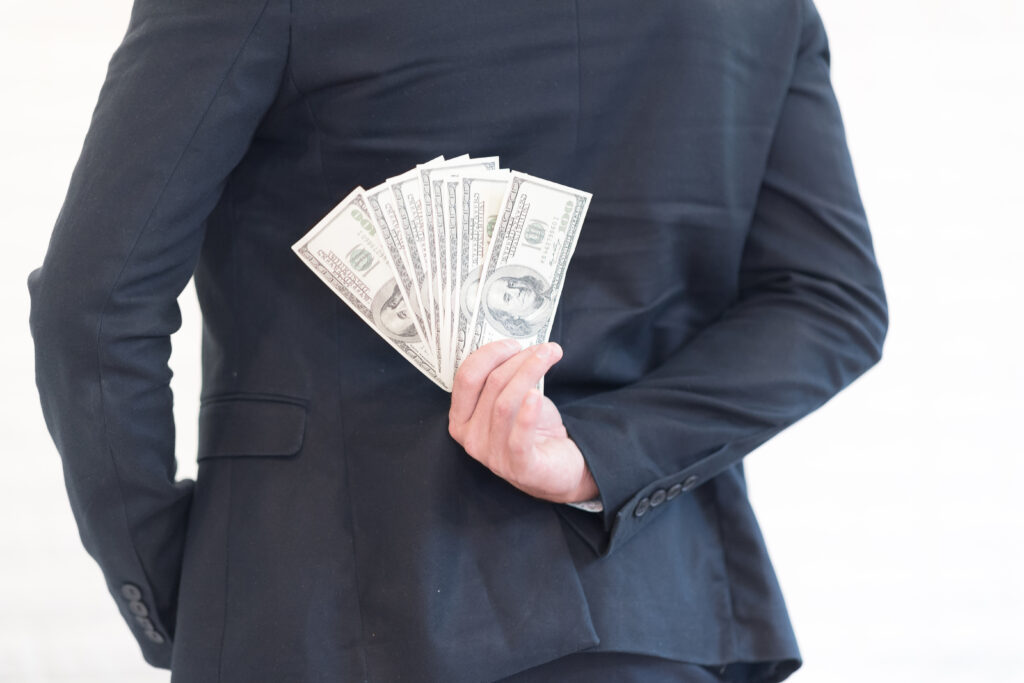 As you probably know by now, a gambling controversy was born ten minutes before the tip-off of the Cleveland/Golden State NBA game on Sunday, January 9th. That is precisely when the Golden State Warriors Public Relationstweeted: “Draymond Green will be on the court for the opening tip-off to honor Klay Thompson but will not participate in the remainder of the game due to left calf tightness he experienced during his pregame warmup.”

In the world of prop betting, most bets have action if the listed player plays any portion of the game. The Warriors’ tweet made it clear that Draymond Green would play, but for a few seconds, not long enough to accumulate any stats. Of course this meant that Green “under” props were a sure thing.

Most books took a few bets before realizing what was going on and taking Green props off the board. DraftKings took the main Green prop markets off the board, but neglected some of the ancillary ones, including the Same Game Parlays (SGP) market. They subsequently took in bets that most estimate put their liability on Draymond Green Unders north of a million dollars. 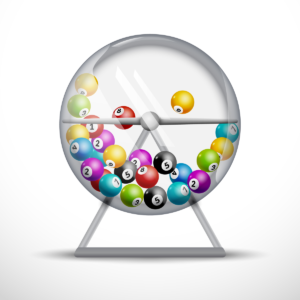 Central to this issue is the same-game parlay. SGPs create a ton of surface area for operators to defend. They are hard to price properly, have a high hold, and are aggressively marketed to recreational bettors. They create lots of opportunities for savvy sharp bettors as well, as modeling the various correlations between different player and game outcomes is extremely tricky. SGPs can be beatable but most bettors lack the skills to do so.

Recreational bettors love SGPs for the same reason they love parlays in general – lottery payouts. SGPs come with bells and whistles, appeal to the fantasy football crowd, and allow a massive parlay sweat on a standalone game. They have very high theoretical holds which are well-disguised because most bettors don’t understand how correlated or uncorrelated the outcomes are.

Parlays are extremely profitable to sportsbook operators because they play on well-established cognitive biases. People tend to overestimate the probability of conjunctive events occurring. SGPs may be even more appealing due to the availability heuristic (the tendency to overestimate the likelihood of events with greater “availability” in memory) and the narrative bias (the tendency to see events as stories). People create mental stories for how these events can all happen simultaneously.

Operators market SGPs heavily for good reason – they are very profitable. But they also add a layer of fragility. For operators to take advantage of the lottery mentality of many rec bettors, they must offer large payouts. They also can’t manage risk in the same way they can for traditional markets; there’s no way to balance action. So inevitably books can become very exposed to a particular outcome or outcomes.

The Liability of Same Game Parlays

Were it not for SGPs, the Draymond Green situation would largely be a non-issue. Prop limits are relatively low, so a handful of bettors would have made a little money betting the unders. However, with the amount of leverage the bettors could achieve through SGPs, DraftKings had massive liability on Green, as a result of their failure to act quickly in response to the Warriors’ tweet.

Many people have argued that DraftKings just simply dropped the ball and that their traders should have caught this. But mistakes can, do, and will continue to happen. That’s life. There is a systemic issue with SGPs. Sportsbook tech stacks are generally not sophisticated enough to handle these types of situations reliably quickly, and (clearly) risk management systems are not adequate to safeguard them.

If operators continue to offer SGPs in the same manner, situations where they react slowly to news and leave themselves massively overexposed will continue to occur. 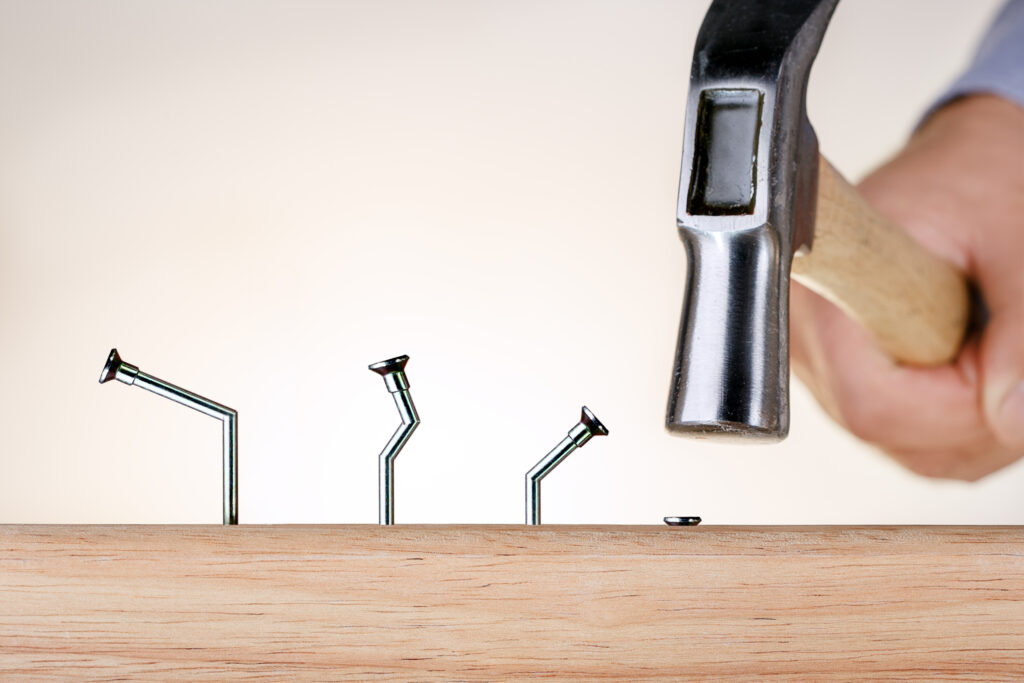 This is where the practice of limiting (and effectively banning) bettors comes into play. If an operator has vulnerabilities with their tech (i.e. not having a kill switch that takes down all markets involving a player) or no ways of managing the fragility of same game parlays risk, they resort to limiting bettors as a risk management tool. When the only tool you have is a hammer, everything looks like a nail. If the only way a book can adequately manage risk is through limiting bettors, that is what they’ll do.

Clearly, it’s not optimal for an operator to limit everyone that takes advantage of a mistake, as losing bettors will eventually give the money back, but it can act as a deterrent.

Are Bettors Wrong To Angle Shoot?

To take a shot at a bad line or a bookmaker’s error is typically referred to as Angle Shooting. There’s something about gambling that makes people feel defiant about taking advantage of a mistake by the house. It’s likely the preconceived notion that the house gets the best of players 99.9% of the time so when that opportunity arises, they should grab it with both fists. To many, pulling one over on a gambling operator feels like a victimless crime. Not that all angle shooting is a crime, however angle shooting exists on a spectrum of gray.

At the opposite ends of this spectrum are the absolutes of black and white. However, a bettor’s version of black and white often differs from a bookmaker’s. As a result, neither book nor player typically makes an unbiased decision. Fortunately, in the US we have regulated markets.  It is the regulator, the ombudsman, who makes these decisions as to what is too dark to be considered acceptable.

Trouble is, we have sports betting in 34 states and we have 34 ombudsmen. What plays in Peoria might not be kosher in Kenosha. Therefore, the risk matrix is not the same across the board for all players. Sportsbooks know the temperament of their state’s regulators as well. You may find a bet is voided in Indiana but is paid out in New Jersey simply due to the sportsbook knowing which way the regulator will side if escalated to them.

Is The Juice Worth The Squeeze?

So how do you know if your angle shot is within the scope of savvy play? When does being quick to take advantage of information crossover into being a menace that the book doesn’t want to deal with?  The answer greatly depends on your relationship with the book and their tolerance for such action.

If you’ve got a book that takes your action and offers you bets you enjoy placing, you may want to think twice before shooting a shot at their mistake. On the other hand, if you feel like your lifetime value at a book is limited and it is a situation where you feel a regulator would back you up on getting paid, your risk matrix may lean towards shooting that shot.

A line that is slow to move based on information in the market is not nearly the same thing as a line that is terribly mispriced. However, don’t be surprised if a bookmaker takes offense to both. There are some bookmakers out there who have very low tolerance for anyone that gets the best of them. They are quick to wield their hammer. The ombudsman won’t help you there. They tend to let operators set limits as they see fit.

In the end, you have to ask yourself, is the juice worth the squeeze? Be aware of the consequences. Decide for yourself.

Are products where consumers have the deck stacked terribly against them good for the sports betting ecosystem? Do they create a mentality of greed in both parties? Is the conduct of some bettors who look to punish any sportsbook error justified given the operators approach? Are bookmakers too intolerant of conceding minor losses like this? It is tough to say. We honestly don’t know.

We’d invite you to share your opinions on this hot topic on our community Discord. It’s definitely something that warrants more discussion from both sides of the counter. The link to join the conversation, if you haven’t already done so, is on our Dashboard. See you there.