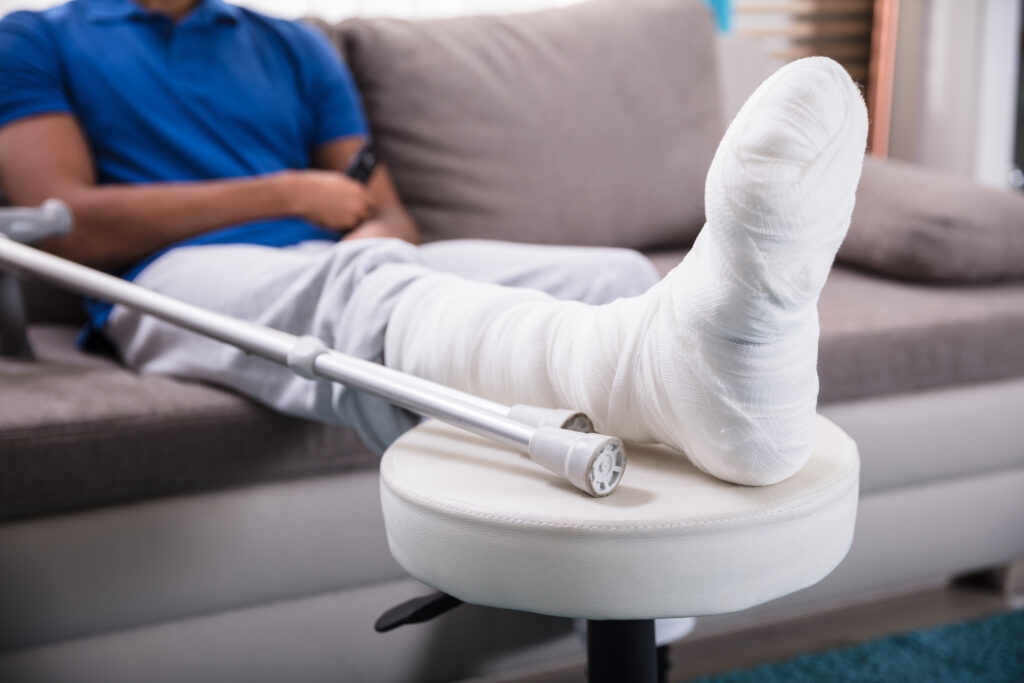 Simulating quarterback injuries and their effect is a key advantage of the Unabated NFL Simulator. With our ability to factor in QB Injury probability you can not only account for the randomness of injuries, but you can see the impact they would have on a team’s season. You can simulate to be prepared to react to breaking news, or at least know how to simulate when news breaks.

The Case of Carson Wentz

On July 29th, Carson Wentz injured his foot during training camp for the Indianapolis Colts. A few days later, the team revealed he had a fractured foot that would require surgery. He will miss 5 to 12 weeks. That’s quite a wide window, but apparently at this point the exact timetable can’t be known.

Given the date of the surgery, he will return somewhere between Week 1 and Week 7. What effect does the Wentz injury have on the Colts’ season? We can use the Unabated NFL Simulator to run through some scenarios and formulate some bets.

Before we begin, as of the publishing date of this article, many sportsbooks have Colts futures off the board. The exercise we’re doing here can apply to any team and any QB however. The Carson Wentz situation is useful because it is currently evolving.

We track several different publicly available ratings. However, I’m going to use the Market Based Ratings for a couple reasons:

Here are the Market Based Ratings before Carson Wentz went down. You can download these ratings and then cut and paste them into the template and use them via the Upload My Own feature.

Here were the results of that simulation. For brevity, I’m only displaying the AFC South.

As you can see, the Colts were projecting to 9.5 wins, and a strong 47.5% chance of winning their division.

Carson Wentz Out For The Season

The first scenario we’ll simulate is Carson Wentz out for the season. We know that’s currently not the prognosis but it allows us to see how much effect he could have on this team. We have two paths we can take to reach this projection.

First, we could deduct Carson Wentz’s value from the offensive power rating for the Colts. The NFL league average deduction is -3. That’s the default value we list in your simulator design screen in Basic & Advanced modes. However, Wentz’s backup is Jacob Eason, a 4th round 2020 draft pick who has yet to take a professional snap. The drop off from Wentz to Eason is bigger than the league average. Sometimes simulating quarterback injuries involves some qualitative adjustment.

How do we know how big a drop off it is? Enter Massey-Peabody Analytics. One of the metrics that they analyze is precisely this. The contribution of the starting QB v. the contribution of the backup QB. You can see their projections by creating a new sim in Unabated mode and viewing their ratings.

The drop off from QB1 to QB2 is a rather large -6.29! If we wanted to simulate what it would look like for the Colts to be using their backup QB for the entire season, we could go edit the preseason sim we ran and change the Colts Offensive Rating from +1.56 to -4.73 (1.56 – 6.29). Then change the probability of QB1 Injury to 0% to signify that this is the QB (Eason) that they’re going to be stuck with all season. This is the easiest way to project any NFL team that loses their starting quarterback for the rest of the season.

Here’s how that sim played out:

The Colts dropped nearly 3 wins off their projection and now the Titans become odds on favorites to win the AFC South. Even the Jaguars seem to have a better chance. Yikes.

Adjusting the offense for the QB change is the first way of modifying the Colts power ratings. The second method for simulating quarterback injuries is to see what the new look-ahead lines say given Wentz’s absence. I went back to the Market Based Ratings as of August 2nd, before the market knew the timetable for Wentz’s return. If you’re curious yourself, here were the ratings that day:

Here’s a link to the full Market Based Ratings (based on look-ahead lines) from that day.

The market dinged both the Colts offense and defense. Their overall rating of -3.94 was similar to the adjustment we made which took it to -4.45. It seems the market agreed with the deduction Massey-Peabody had graded the Colts at. Here is how the simulator results looked for the AFC South based on the Market Based Ratings then:

As expected, the market at the time was down on the Colts chances. Good luck capitalizing on that as most books had Colts team futures off the board. Again, all of this is purely just an exercise since Wentz is not out for the season. He will miss between 1 and 6 games. How do we quantify that?

Building a power ratings system from these lines, we get the following ratings values:

If you want to use these settings, you can download them here.

As expected, these results increase the Colts projected wins and improve their chances in the division.

Fortunately, another innovative feature of the Unabated NFL Simulator is that we can tweak the variance in the model using our unique Rating Update Function (RUF). Essentially, you are instructing the model how to act as it progresses through a simulated season. Should it learn from the results in simulated games, or should it stick strictly to the script with how it approaches the next simulated game?

Rufus spells it out in this article. If a team is going to function exactly how you expect, then you take a more conservative RUF. If there are a lot of wildcards at play, such as there will be with this Colts team, you increase the RUF towards Aggressive. There are 11 stops on the sticky slider that makes up RUF. My recommendation is don’t go too extreme in either direction. For now, let’s set the slider towards Aggressive and see what happens to our sim:

This results in a sim where the Colts projected season wins remain relatively unchanged, however their chance of winning the division, the conference, or even the Super Bowl show increases as some tail events benefit from the variance.

At least now the betting markets have started to offer up lines on the Colts team futures again. Interestingly, our simulator, built on look-ahead lines, differs from the market slightly. The vast majority of season wins lines for the Colts are more bullish than our simulations. Here is a quick snapshot with our simulator-generated odds in blue:

Going forward, the ideal way to handle the uncertainty of Wentz is to wait until there is some certainty involving his participation. Another benefit of the NFL Simulator is that past results are baked in after they occur and the simulator only deals with future results. Simulating quarterback injuries becomes easier when you know how the team has performed with the quarterback.

After Wentz is confirmed to be returning in the next start, you can run a new simulation where the remainder of the Colts season can be played out. More information will be known at that time regarding how the Colts operate without Wentz.

Our stated goal for the tools at Unabated is to give you the ability to find answers to the questions you create. Using the simulator as a what-if tool is a powerful way to use it. Take the ideas from this article to approach other situations where you can simulate the effect of removal to find the answers you seek.