As the NBA and NHL postseasons each come to a close, bettors everywhere look for betting options beyond baseball to get through the summer. Profitable wagering leading into the NFL season is important and the WNBA has become a great option. With such ample opportunity to find value within the league, we discuss the how, why, and when of WNBA betting.

Why Is WNBA Betting a Viable Option?

The WNBA provides a less efficient market for bettors to target throughout the dog days of the sports calendar. The league’s media coverage has improved over recent years, but it still lacks the high levels of coverage and eyeballs you see on the four major sports and European soccer. Because of this, the bettor can dig up information that may not be widely known by the market and use it to their advantage. You simply won’t see the coverage on injuries, matchups, travel, and other key factors that you typically see in the bigger leagues.

This lack of coverage and information also affects bookmakers. They are more likely to focus on higher volume markets. Posting the most efficient numbers when it comes to the WNBA is not a top tier priority. Instead, they will keep max bets to a low limit on the league and practice their preferred method of dealing with sharp action. Some will be quick to move lines, some will be quick to limit bettors.

What Are the Limits on The WNBA Betting Market? 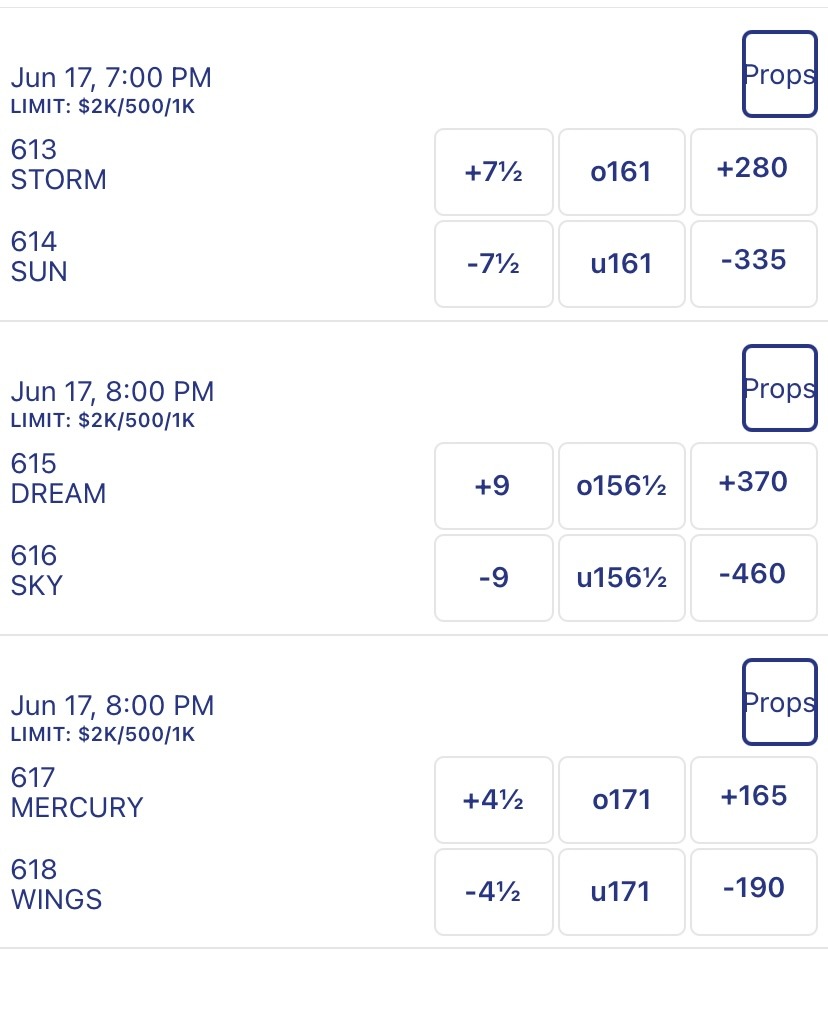 Speaking of limiting, limits on a non-major sport such as the WNBA will be lower across the board. Bettors with larger bankrolls, beware. You’re lucky to get anything more than $1,000 down at a given book on any given WNBA game. This is because most operators are aware that the odds they are posting for these games are soft with tons of value for anyone who is willing to pay attention to the league and its analytics.

Knowing how your outs will deal with WNBA action is also important. If you plan to bet WNBA seriously and your wager size will exceed $500, find outs that will take that action. Many softer books will likely limit a $500 bettor on WNBA whether they are sharp or not. Often these books don’t have the ability to figure out if you’re sharp at WNBA or not. They just know they’re not.

When & Where Do Lines Open for Games?

Lines for the WNBA tend to open sometime in the evening on the day before the game. You are unlikely to get a line on a given game more than 24 hours prior to tip. Circa Sportsbook will typically be the first book to post a number as the top US domestic originator. Keep an eye on their lines will help you understand what the starting point will likely be for each game’s odds.

It is important to know where the line opened as WNBA spreads and totals will sometimes move 2.5 or 3 points from open to close. There are opportunities to catch closing line value if you are quick.

Compared to the NBA, the WNBA plays a much shorter schedule. Each of the 12 teams will play just 36 games in the regular season in 2022 – the longest season in league history – from May 6 to August 14. The postseason immediately gets underway on August 17 and can run all the way until September 20 depending on series length. Shorter schedules mean a more meaningful regular season, less players sitting out for rest, and bigger swings in futures odds following a win or loss. Also keep these dates in mind so you are aware of how long your money will be tied up with the sportsbooks through the futures markets.

The WNBA typically has 2-3 games daily. Spread across all four timezones. You will see an occasional weekday afternoon game listed on the slate which can be a refreshing change for both bettors and fans. It provides a timely opportunity that may not otherwise be there for the sharp bettor on a given weekday afternoon.

Where Can I Watch The WNBA? 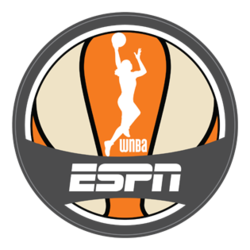 All WNBA games are televised in some fashion. Tracking down the games can take some work. ABC and CBS broadcast a small selection of games on network television. ESPN/ESPN2, CBSSN, and NBA TV carry many of the games on cable television. Then 53 games are streamed between Amazon, Twitter, Facebook, and ESPN3. If you don’t want to hunt for a game, you can purchase the WNBA League Pass, which is an affordable $24.99 for the season.

What Is the WNBA’s Playoff Format?

If you are looking at WNBA Futures, it is important to note the postseason format for 2022 has changed. Since 2016, the league used single elimination rounds for the #3 to #8 seeds to determine who faces the top two seeds in the semifinals. It gave the top seeds a heavy advantage and ultimately led to the top two seeds matching up in the WNBA Finals in four of the previous six seasons.

To make the postseason more unpredictable, the league has reverted to its old form of a classic eight-team bracket with no byes. The opening round will be best-of-3 while the semifinals and finals will be decided by a best-of-5 series. The top eight teams in the league will go to the postseason. Conference alignment will have no impact on playoff qualification. It’s a change that makes the battle for the #1 or #2 seed less important, but evens out the postseason competition.

Expansion On the Horizon?

With just 12 teams in the league, it makes things like marketing or pushing for a longer season a bit more difficult. League commissioner Cathy Engelbert signaled that the league, “hopes to identify one or two cities for an expansion franchise by the start of the WNBA playoffs in September or by year’s end at the latest.”

Engelbert went on to state that the timeline from city identification to inaugural season will take an estimated 18 to 24 months, which means we may not see any new teams until 2024. Regardless, it’s exciting news for the league’s fans and bettors alike as more teams may mean more games for fans while for bettors, more games mean more opportunity to take advantage of a beatable market. Current prospective expansion cities include: Nashville, Philadelphia, Portland, San Francisco, and Toronto.

How Can Unabated Help Your WNBA Betting?

Unfortunately, Unabated does not yet offer WNBA on the Odds Screen. However, plans are in the works to add non-major sports in 2023. In the meantime, you can utilize the Unabated Sports Betting Discord to discuss WNBA betting with other like-minded bettors. Perhaps finding someone else who is at a similar point in their journey.

It’s worth noting that the scoring distribution in the WNBA is not the same as the NBA or CBB. The various calculators available at Unabated for those leagues would not apply to WNBA betting. However, we do have a growing series of instructional videos teaching the basics of modeling using easy-to-use software like Microsoft Excel. Those videos can be applied to WNBA betting and could definitely help you get an edge on the market.